A poem by my talented husband

Check out this poem by my husband Rodd Whelpley that was just published.
heroinchic.weebly.com/blog/a-tangle-of-spirea-by-rodd-whelpley

You can read more about Rodd here: roddwhelpley.com 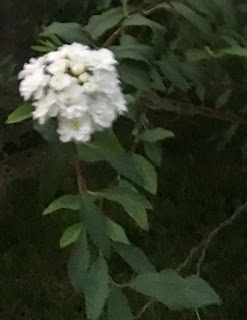 Tetris: The Games People Play by Box Brown
My rating: 4 of 5 stars

My master's degree is in leisure studies, so this graphic novel, about play and the way our brains work when doing games and puzzles, was fascinating to me. That's only part of this book -- the main topic is the development of Tetris, and the battle for the games' rights.

View all my reviews
Posted by Lisa at 3:24 PM No comments:

The Invoice by Jonas Karlsson
My rating: 4 of 5 stars

Kind of like Kafka. A quick read and interesting.

View all my reviews
Posted by Lisa at 1:08 PM No comments:

Review: As Far as the Heart Can See: Stories to Illuminate the Soul

As Far as the Heart Can See: Stories to Illuminate the Soul by Mark Nepo
My rating: 3 of 5 stars

Thought-provoking short and very short essays/stories, with questions and meditation suggestions following each one.

View all my reviews
Posted by Lisa at 7:51 PM No comments:

Review: Sewing in a Straight Line

Sewing in a Straight Line: Quick and Crafty Projects You Can Make by Simply Sewing Straight by Brett Bara
My rating: 5 of 5 stars

This was a fun book of hip, cool projects that I can really imagine making.

View all my reviews
Posted by Lisa at 8:08 AM No comments:

Everybody Ought to Be Rich: The Life and Times of John J. Raskob, Capitalist by David Farber


I really wish that when you mark something as "to read" that Goodreads had a field where I could add info about who recommended this book, or where I heard about it. I have no idea how I heard about this biography. I typically don't read biographies. Perhaps it's because I read media about the new musical "Empire" that premiered off-Broadway in January. Perhaps it was in an industry publication I read, since John Raskob did some very early and innovative fundraising in the first few decades of the 20th century. Or, maybe at one point Amazon offered it free on Kindle and I downloaded it. I don't know.
Through this book, you learn a lot about the US and how, even in 1901, there were so many systems not yet written into existence. John Raskob worked his way up and into extreme wealth, even withstanding the Great Depression. I think it's worth a read.

View all my reviews
Posted by Lisa at 10:49 AM No comments: